The Theale Gravel Pits are situated astride the M4 between junctions 11 and 12 and south of the A4 in Reading, 3 complexes of various sized gravel pits are spread out across the Theale flood plain, it is one of Berkshire's finest and most important birdwatching areas.

The Theale complex stretches west from the Bottom Lane floods to the east and the largest pit in the area, Theale Main Pit. This area also includes Hosehill Lake LNR which was given it's Nature reserve status in 1997 and the Wigmore Lane pits now well known for the 2007/08 Ferruginous Duck.
They are situated to the east of the M4 motorway and south of the A4 at Theale, In the east of the complex is Bottom Lane Floods, a number of flooded fields that are adjacent to the Kennet & Avon Canal. To the north of the Theale complex is the Wigmore Lane Pit's, a collection of anglers pit's that have hosted Scaup, Ferruginous Duck & Red-crested Pochard. Hosehill Lake Nature Reserve is located at Sheffield Bottom and found opposite the Fox & Hounds Pub, Sunnyside, Station Road, Theale. With a wide range of bio-diversity on the reserve it's always a special place to visit, Birds, Butterflies, Dragonflies & Insects in abundance during the Summer and large numbers of wildfowl during Winter. Finally Theale Main pit is found opposite Hosehill Lake and is the largest Gravel Pit in the Theale area, the overgrown garden at the entrance and the scrub under the pylon is always a hive of Warbler activity during summer. Passage and Winter Rarities are occasional with past sightings of Diver, Scooter, Eider, Ring-necked Duck and even Petrels. Theale Main Pit is situated opposite Hosehill Lake Local Nature Reserve and is the largest pit in the area and home of the Burghfield Sailing Club. It can be accessed beside the gate in the lay-by near the Fox & Hounds pub, parking is limited in the lay-by with space for 4 or 5 cars only.

From inside the gate you have three choices, to your right a path leads off towards the pylon where during summer Blackcap, Common & Lesser Whitethroat, Chiffchaff, Willow & Garden Warbler can all be seen and heard flitting through the scrub under and around the pylon. To your immediate left from the gate is an area of scrub known as "the garden", it is another Warbler hotspot during summer and Nightingale can often be seen and heard from this area. Continuing straight ahead will take you towards Main Pit, the path leads you round to the right where a spit gives the best views out across the pit. It's always worth checking the pylons for Peregrine as they can often be found perched up, watching the world go by.
Best times for birdwatching are Winter, Spring and Autumn migration.

Spring:  Spring sees the start of migration and the chance to see Common Tern and the possibilty of Arctic & Black Tern, Little Gull has also been a regular visitor over the last few years. Large groups of Swallow, House & Sand Martin can be observed over Main Pit during migration with numbers reaching into thousands. Possible Osprey and the arrival of many of the Warbler species brings the Garden and pylon scrub back to life. Blackcap, Common & Lesser Whitethroat, Chiffchaff, Willow & Garden Warbler are all busy finding territories and by the end of May Nightingales are back in their favoured territories and can be heard singing, the Theale area is an extremely important breeding site for this declining species.

Summer: By now the garden and pylon scrub is alive with Warbler activity, Common Tern can be seen feeding over the pit depending on local breeding sucess, Common Sandpiper can often be seen feeding along the edge of the water by the spit.

Autumn: By the end of August, Autumn passage is well underway, Common,Arctic & Black Tern can all be seen along with Little Gull as they travel south. Another chance of Osprey, Possible Common Scooter, Ring-necked Duck & Scaup late Autumn.

Winter: Duck numbers have built up and large rafts of Coot are not uncommon on main pit, Mallard,Tufted and Pochard numbers swell. Red-crested Pochard, Goldeneye and Goosander can often be seen during winter. Rare Grebes, Divers & Ducks are always a possiblity. Gull coloninies are well established now and numbers exceed into thousands on nearby Moatlands pit. 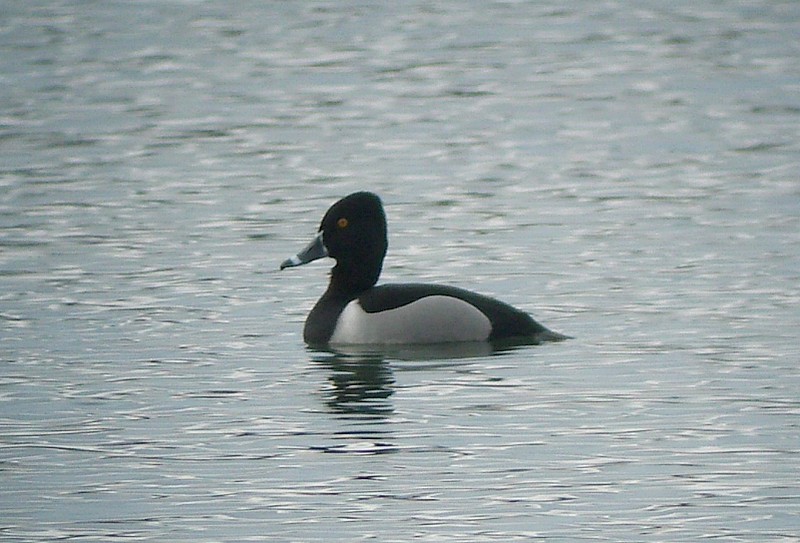 Hosehill Lake LNR is situated across the road from the Main Pit, you can park in the lay-by at the entrance to main pit or park in the small lay-by on the west side of the Nature reserve. The alternative is to park at the Fox & Hounds pub and take a stroll round the reserve followed by a refreshing beer or quick snack.
Hosehill Lake was given it's nature reserve status in 1997 by the Newbury District Council and since then the TABCG has assisted West Berkshire council with the management of this reserve. The creation of the Lake Island, Tern Rafts, Sand Martin Bank and Butterfly Meadow have all added to the diversity of wildlife that now calls this tranquil reserve home. The re-planting of Phragmites reedbeds have encouraged Reed & Sedge Warblers to take up summer residence and the occasional Bittern in winter. Nightingale can often be seen and heard during Spring as they try to attract a mate and during the summer months Hobbies are often hawking insects over the lake, there's always the chance of a "purring" Turtle Dove as well. If your an Insect lover there's plenty about during the summer months, Butterflies & Dragonflies are usually in good numbers amongst the other creepy crawlies, so there's always something to see. Improvements are always ongoing at the reserve with the help of much needed volunteer work to create the perfect spot for wildlife.

A 1 mile circular walk encompasses the Lake with interpretation boards at intervals to show what might be seen, a number of seating areas are spread out around the lake for those that want to sit back and watch what's going on. Watch the numerous nest boxes during spring for early nesting activity and don't forget to stop and watch the feeders on the west side of the reserve, Wander through the Butterfly meadow during summer whilst keeping an eye out for passing Dragonflies. Always plenty to do and see at all times of the year.
Resident: Great Crested Grebe, Cormorant, Grey Heron, Mute Swan, Canada & Greylag Goose, Mallard, Tufted Duck, Kestrel, Water Rail, Moorhen, Coot, Black-headed Gull, Collared Dove, Tawny Owl, Kingfisher, Green & Great Spotted Woodpecker, Mistle Thrush, Nuthatch, Treecreeper, Pied & Grey Wagtail, Tits, Finches & Buntings.
Spring: Spring brings the arrival of many of the different Warbler species that spend the breeding season here, Blackcap, Common Whitethroat, Chiffchaff, Willow, Garden, Sedge & Reed Warbler all start to arrive. Nightingale have returned to their favoured sites and can be heard singing around the reserve. Occasional Cuckoo sightings. Possible Osprey, Little & Med Gull, Common, Arctic & Black Tern, Waders & Grasshopper Warbler during passage. Swallow, House & Sand Martin pass through in large numbers.
Summer: With breeding well underway the lake is a hive of activity,Hobbies can often be found hawking insects over the lake, the Warblers are busy in the reeds and scrub feeding young. Common Terns & Black-headed Gulls squabble amongst each other as they search for food to raise their broods. Reed Bunting, Turtle Dove, Dunlin & Common Sandpiper all regular sightings.
Autumn: Passage migration begins again bringing with it the possible sightings of Osprey, Waders, Gulls & Terns. Swallows & Martins stop off on their long journey south and the Reeds fall silent as the Warblers depart. Peregrines return to the area with a good chance to see them perched on one of the pylons. Duck numbers slowly start to increase.
Winter: As winter returns so do many of the Ducks such as Wigeon, Gadwall, Shoveler, Pochard & Goldeneye. Red-crested Pochard & Goosander occasionally visit and there's a good chance of Water Rail hunting round the edges of the lake. View the reedbeds closely as the Possibility of spotting a Bittern is good at this time of year. Fieldfare & Redwing can sometimes be found around the paddocks and there's even the possibility of seeing Lesser-spotted Woodpecker on the reserve.